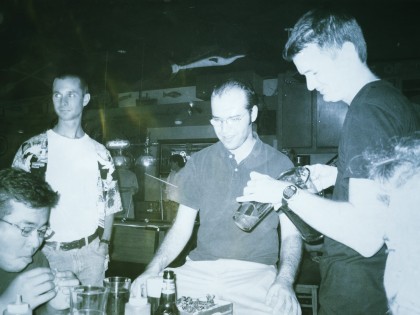 The national game of Texas has all sorts of player types. When you sit down at a table, you should quickly figure out what type of players you’re playing with and act accordingly.

Defensive players bid less frequently and when they do, they typically have a solid hand. Consider overbidding a defensive player’s bid as you might have a better shot at winning a poor hand then setting a great hand.

Aggressive players bid much more frequently on the average. They often have a solid understanding of the order in which dominoes should be played and the dominoes that will fall in each of those tricks before they declare their bid. Bluff bid aggressive players to get them to take a larger bid than is probably prudent. Additionally, push points whenever possible against an aggressive players bid. They are riding a fine line with their bid and even the slightest 5 count could upset the balance.

Advancing the National Game of Texas